Heart disease is the leading cause of death for women in the United States, killing approximately 1 in 4 women*
within the first year, compared to 1 in 5 men.
In addition, female heart patients required longer hospital stays and incurred higher medical bills than males. 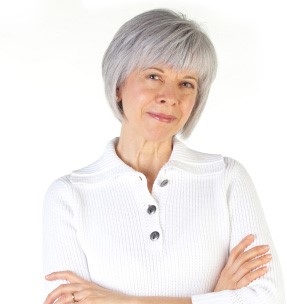 Heart disease is not gender neutral, according to findings from the Women’s Ischemia Syndrome Evaluation (WISE) study, the landmark investigation into ischemic heart disease in women.
Discoveries from the WISE study suggest that many women have coronary microvascular dysfunction that is not detected by standard diagnostic procedures and therefore goes unrecognized and untreated.
Heart attacks are less likely to occur in pre-menopausal women than in age-matched men, a benefit attributed to estrogen. But doctors also assumed that when women developed heart disease it was atherosclerotic plaque restricting blood flow in the coronaries. Consequently, procedures to diagnose and treat heart disease were biased on research conducted in male-only studies.

*Facts on Women and Heart Disease, Centers for Disease Control and Prevention, 2015 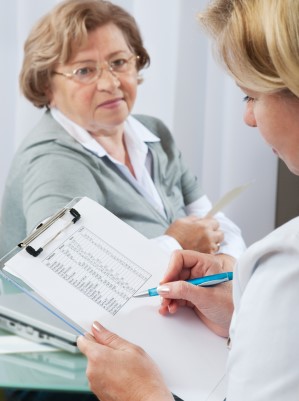 According to the WISE study, many symptomatic women with positive stress tests had negative angiograms.
But many of these women also had abnormal results on vascular function tests. Their coronary arteries and smaller vessels feeding the heart muscle didn’t dilate properly and thus couldn’t accommodate increased blood flow, indicating vascular dysfunction.

Vascular dysfunction occurred both in women with clear arteries and in those with obvious coronary artery narrowing. Moreover, it was not a problem of the large coronary arteries alone, but involved stiffening of the network of smaller vessels that also nourish the heart.

This condition has since been called coronary microvascular dysfunction, or microvessel disease, and is sometimes referred to as Syndrome X.
To some cardiologists, the discovery of widespread microvessel disease helped explain why so many women with IHD were misdiagnosed
and undertreated: The standard protocol identified only coronary
artery obstructions.

Microvessel disease could also help explain why so few women have the classic crushing chest pain that signals coronary artery disease. Instead, women have other symptoms that are nonspecific and less dramatic than those that herald a blockage caused by a blood clot.

The WISE data may also explain why women who undergo angioplasty and bypass surgery don’t fare as well as men. These women may have both coronary artery disease and unrecognized microvessel disease. In such cases, opening the arteries isn’t sufficient.

How and why does coronary microvascular syndrome develop? Inflammation is a prime suspect. Not only is inflammation implicated in atherosclerosis, but it’s also at the heart of inflammatory disorders, such as autoimmune diseases, which are far more common in women than in men.
The WISE researchers, led by Noel Bairey Merz, M.D. of Cedars-Sinai Medical Center in Los Angeles, reported that three proteins associated with inflammation—C-reactive protein (CRP), interleukin-6 (IL-6), and serum amyloid A (SAA)—were particularly important. Dr. Bairey Merz has an EndoPAT and has been advising Itamar Medical over the years on heart-related medical issues.

Compared to women with low levels of these proteins, women with the highest levels were at much greater risk for a coronary event or death within five years—even though they were only slightly more likely to have coronary artery blockages. This led to the idea that inflammatory markers could help assess microvessel disease in women.
Autopsy studies support this approach. They show that women who die of heart attacks often have a pathology different from that of their male counterparts. In men, plaque tends to form in isolated accumulations that push into the lumen or burrow into the artery wall.

In women, plaque is more likely to be deposited uniformly around the inside of the vessel—the possible handiwork of chronic inflammation. When inflammatory substances course chronically through the bloodstream, they strip away cells that line the blood vessels, creating an ideal bed for cholesterol-laden plaque. The plaque gave these women’s vessels stiff interior walls that tended not to rupture under stress, which is a common characteristic of the male heart attack, but to erode. Efforts to repair the erosion perpetuate the inflammatory cycle and spur the formation of tiny blood clots, a possible trigger for heart attacks resulting from microvessel disease.

Inflammation isn’t the only cause of coronary microvascular dysfunction. The WISE researchers looked at the classic cardiovascular risk factors and found that all the usual suspects—genes, high LDL cholesterol, low HDL cholesterol, high triglycerides, elevated blood sugar, hypertension, sedentary lifestyle, and obesity—were implicated. They uncovered some other risk factors as well, including these:

Talk To Your Patients And Reassess Risks

If you have a patient at high risk for or have symptoms of heart disease, such as unexplained fatigue or shortness of breath, discuss the WISE findings with your patients. You may want to reevaluate their care, especially if they’ve had a “false-positive” stress test.

Even if your patients are not at risk for coronary artery disease, the chance of an early cardiac event might be elevated by microvessel disease.
EndoPAT™ can play an important role here.

Menu
This website uses cookies to analyze visits to our website and help us improve our website and services. Most web browsers are set to accept cookies by default. If you prefer, you can usually set your browser to remove or reject cookies. Please follow your browser’s process for doing so. Please note that if you choose to remove or reject cookies, this could affect the availability and functionality of our websites.

This website uses cookies to improve your experience while you navigate through the website. Out of these, the cookies that are categorized as necessary are stored on your browser as they are essential for the working of basic functionalities of the website. We also use third-party cookies that help us analyze and understand how you use this website. These cookies will be stored in your browser only with your consent. You also have the option to opt-out of these cookies. But opting out of some of these cookies may affect your browsing experience.
Necessary Always Enabled
Necessary cookies are absolutely essential for the website to function properly. These cookies ensure basic functionalities and security features of the website, anonymously.
Functional
Functional cookies help to perform certain functionalities like sharing the content of the website on social media platforms, collect feedbacks, and other third-party features.
Performance
Performance cookies are used to understand and analyze the key performance indexes of the website which helps in delivering a better user experience for the visitors.
Analytics
Analytical cookies are used to understand how visitors interact with the website. These cookies help provide information on metrics the number of visitors, bounce rate, traffic source, etc.
Advertisement
Advertisement cookies are used to provide visitors with relevant ads and marketing campaigns. These cookies track visitors across websites and collect information to provide customized ads.
Others
Other uncategorized cookies are those that are being analyzed and have not been classified into a category as yet.
SAVE & ACCEPT